JR Handheld Flasher is a device that reads and writes the software to car ECU via the OBDII port without bringing the car... 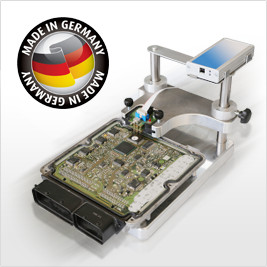 At JR Auto Performance we provide world class automotive tuning software for the newest BMW’s, Mercedes, Porsches, Vag Groups, etc. Our software is of the highest quality available in the industry, free of bugs or errors. We own high quality programming equipment that specializes in reading and writing today's advanced factory Engine Control Units (ECU’s).

All ECU programming is performed at our location either by flashing the ECU through OBD or by programing the ECU on the bench.

We use advanced software which is prepared to modify the memory contents of ECUs.

Additionally we own factory level diagnostic equipment for BMW, Mercedes, Porsche, VW and Audi. We can easily diagnose, log or modify software at a dealer level and even update firmware if required. 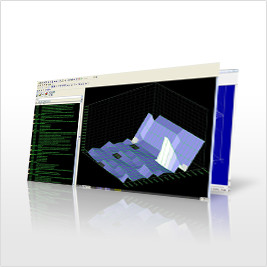 ECU is a specialized computer responsible for the parameters of the engine performance under every condition of car speed and load. To ensure that parameters are correct under every condition, a map of fuel supply and ignition control is available for the ECU. This map specifies approximate values of power supply and steering for current conditions in the engine. A special program, also recorded in the ECU, converts this map and corrects it according to the data provided by the indications of the lambda probe, knocking combustion probe and some other sensors.

Parameters recorded in the ECU, as well as the program, have been designed by the manufacturer at a level lower than optimal. There are three main reasons for such a situation:

You do not have to lose this power! We can help You gain it back

If you look after your car properly, follow the proper maintenance schedule and you use at least 91 octane fuel from reliable filling stations, we will give you a chance to take back the horsepower the manufacturers of your car refused to give you. You can make your car stronger by about 10 per cent, or even by as much as 30 per cent (cars with turbines) just through application of an appropriate chiptuning performance software.

As you can see, chiptuning means modification of the computer software which controls the engine. It is intended to provide higher efficiency, power and torque, and possibly slightly decreasing fuel consumption when driving in unchanged style after chiptuning modification.